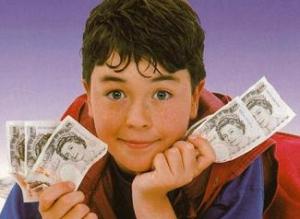 “This was the first television series I wrote entirely on my own. It was based on my book of the same name about a boy who becomes a millionaire at the age of eleven and discovers it can make life more complicated than you might think.

It was only four episodes, but I was so pleased with the result. It got fabulous ratings (meaning a lot of people watched it) and it turned out even better than I’d hoped. I particularly liked the fact that it was a fun story, but also had something I hoped was worth saying along the way.

The actor who played Matt was called Peter England. He was a smart lad. I wonder what he’s doing now…” Andrew Norriss 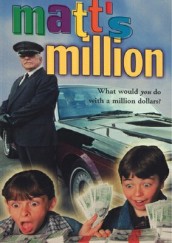 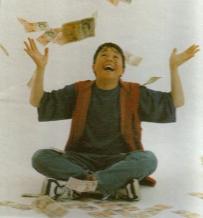