From PG Wodehouse and CS Lewis to Anne Fine and Ali Sparkes, authors have always had a soft spot for characters that offer a helping hand to their heroes. Andrew Norriss picks his favourites 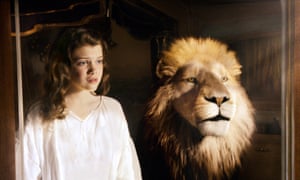 I’ve always been a fan of stories with guardian angels in them. I don’t mean angels with wings, like Clarence in This Wonderful Life – although I like those as well – I mean stories where the hero is helped on his or her journey by someone who turns up, frequently out of the blue, with just the right resources and knowledge to help them sort out whatever problem they are facing. They are, in literary terms, the Helping Hand of a benevolent universe.

It’s a device which has become less fashionable in our more secular times. Fewer people still believe in a benevolent universe – there is, after all, so much alarming evidence to the contrary – and we prefer our heroes to prove they can win through on their own resources. Child heroes these days need to be independent and self-empowered.

I’m not sure when or how I came to believe that the universe is, despite all appearances, friendly. But I do. And it’s why, in my own stories, the solution to a problem is often provided by some source beyond the ingenuity and clever thinking of the hero. He or she will certainly do their best, but the solution to the trickiest bit of the puzzle will come from a chance remark, or a bit of help and advice from an unlikely guardian angel type character. As if a benevolent universe knew exactly what was needed, and was offering a Helping Hand.

In my most recent book, Jessica’s Ghost, it is Jessica herself who, despite being dead and barely a teenager, unwittingly turns out to be a guardian angel for the other characters in the story. She is the force from beyond the purely causal, rational world, who, with the occasional quiet suggestion of an alternative possible course of action, changes the lives of everyone around.

You may not agree that that is how things work in real life, but it is certainly how they ought to work… 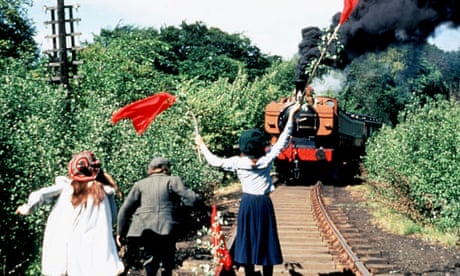 1. The Railway Children by E Nesbit

The Old Gentleman in this wonderful story is the archetypal example of a guardian angel at work. The children start by merely waving at him, as he passes in the train each morning, but he is the character they later call on to help with the stranded Russian writer, who provides money in hard times and, in the end, obtains their father’s release from prison. The children all play their part but the decisive help comes from outside…

Terry Pratchett always knew there was more going on in the world than we could see with the purely physical eye. His books are stuffed with an awareness of the deep forces at work in our world (along with a healthy distrust of the lunacies of organised religion) and Granny Weatherwax is probably my favourite of his many guardian angels. You know, when she turns up with her heavy boots and ferocious glare to lend a hand to Tiffany Aching, that things are going to get properly sorted…

Mr Blunden follows all the best traditions of a guardian angel. Clearly human, but somehow not fully from the physical realm, he knows things. He knows what’s going to happen and knows what our hero children should do as each step of the story unfolds. Not that he ever forces anyone to do anything, of course. He just asks that they do as he suggests, and when they do… One of my favourite books.

One of the joys of reading the Jeeves and Wooster stories, is that whatever terrible mess Bertie Wooster might have landed in, you know that his butler, Jeeves, will, without any apparent effort, quietly sort the whole thing out before the end of the story. It’s that trust – that all will, in the end, be well – that makes stories with guardian angels such a comforting read.

The shelves of recent publications are not exactly filled with stories where problems are resolved by mysterious outside forces, which was one reason why reading this book was such a surprise. Cally, in this story, has plenty of problems but it was the idea that she is still protected and watched over by the mother who recently died that qualifies it for a place on the list of books with guardian angels. That, and the fact that it is an utterly delightful read.

6. The Angel of Nitshill Road by Anne Fine

This is, quite simply, one of the best books ever written. The guardian angel – the heroine of the story, the one who changes life for everyone around her in the primary school at Nitshill Road – is Celeste who is somehow imbued with the ability to know exactly the best and most powerful thing to do in any circumstance. She is also one of the funniest, cleverest and somehow most believable characters ever. Utterly brilliant.

7. The Sword in the Stone by TH White

This is the first volume of the quartet written by TH White on the Arthurian legend and incomparably funnier and deeper than the amiable Disney movie. If you’re going to have a guardian angel watching over your early years and growing up, Merlin the magician is not a bad choice.

8. The Magician’s Nephew by CS Lewis

Does Aslan really count as a guardian angel? Or is he rather more senior than that? Either way, he’s a pretty reliable guide to navigating through life, and I absolutely couldn’t leave the first of the Narnia books off the list. Aslan can show you how best to cope with any problem – even stuff like accidentally dragging a cruel queen from a different universe into Narnia.

One of the many wonderful things about this book is that it’s not a simple matter of Mister Tom acting as the guardian angel for poor, downtrodden Willie Beech. You could equally argue that it is the old man who is “saved” by the arrival of young Willie. Ultimately, all guardian angel stories are about healing, and this is one of the best.

I may be cheating a bit with this one, but I didn’t want all the books on the list to come from the previous century, and it’s a very good story. Jack Mattingly, plunged into an unexpected crisis, is guided by a voice in his head called SAS Guy. And that’s where some of the best guardian angels are to be found, of course. Deep in our own minds.